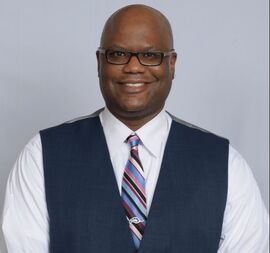 We are pleased to inform you that the Dallas TX Area Local (APWU) Executive Board voted Marvin Bolds  (Clerk Craft Director) into the recent vacated Executive Vice-President position (Jonathan Cage) in accordance with the Local Constitution.
Marvin Bolds has been serving the local in different roles and including the last 7 years as Clerk Craft Director and Executive Board member.
Please join me in congratulating Marvin Bolds  and wishing him best luck in his new role.
Yours In Union Solidarity!
​Jonathan Cage President
Hello APWU,
07/19/2020
We will more than likely see a great deal of delayed mail going forward.  Understand it is not a case of us against management, but a simple case of us keeping our jobs. We as Postal Workers have been under attack for some time now. Over the last six years we have fought against some major issues, like staples and the attempt to contract the MVS division as a whole.  This fight will be a little bit different and tougher, as PM General is an inside man for the powers that be. Some of the items identified in the mandate appear to be great (filling EAS vacancies, reducing 204b and other details). However we have to be aware of the main agenda. Starting with the delaying of the mail.
Most of us have written grievances where the charge was delaying the mail, and the fact the new PM General has put out a mandate to delay the mail, is a disparate treatment to the employees who have lost their job or received disciplinary action for the same process. Please just let the employees know they have the ability to remain anonymous when reporting delayed mail.
Recently a document was made public, which identified mail would be delayed if working the mail would result in overtime. This mandate goes against Postal Policy on mail delivery.

A member contacted Clerk Craft Director Marvin Bolds and informed us after speaking with OIG. It was advised employees contact OIG hotline whenever they encounter delayed mail and make a report. The OIG has to investigate each case
Below is the listed online complaint form.
https://www.uspsoig.gov/form/file-online-complaint